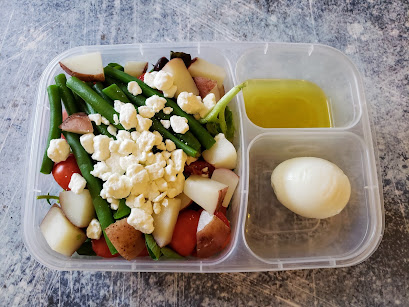 Since I returned to work three weeks ago we've been trying to focus our Sunday afternoons on prepping lunches for the week. I typically try to make one recipe for my Monday/Wednesday/Friday lunches and another for my Tuesday/Thursday lunches to help break up the week. In an effort to avoid coming into contact with different people during the lunch hour I've also focused on making vegetarian lunches that do not need to be reheated. This salad seemed like a good pick because it used red potatoes from our CSA as well as several ingredients we already had on hand. For this week I needed one less lunch than usual so Dave and I both took this salad early in the workweek. If you're going to take it later in the week you can leave the shell on the hardboiled egg to preserve its freshness.

While the potatoes and green beans cook, place your eggs in a pot and cover with cold water by 1 inch. Bring to a boil over medium-high heat, then cover the pot, and remove it from the heat and set aside for  10 minutes. Drain the water and cool the eggs in ice water.

Add the mixed greens to your lunch container, arrange the potatoes, green beans, tomatoes, olives, and goat cheese over top. Season the top with salt and pepper. Add the hardboiled egg to another space in the container and combine the lemon juice and olive oil together in another. 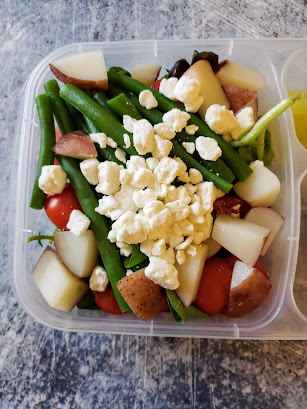 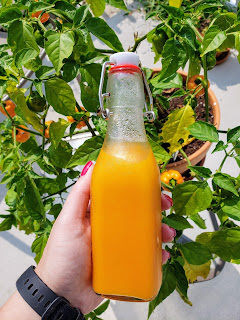