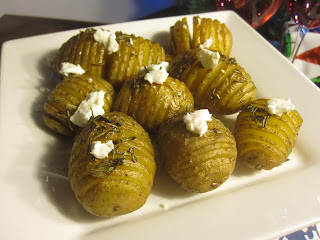 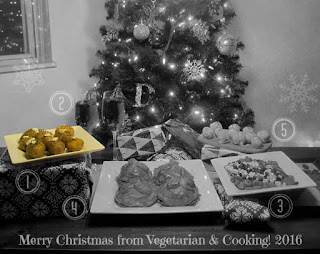 This recipe is super easy to put together, it just looks fancy. The original is in metric measurements, so I did some conversions and tweaked the recipe a little. Additionally, rather than gorgonzoloa, I used goat cheese, because it

Preheat the oven to 425º. Then make cuts across the width of each potato, 1 to 2mm apart, all the way along -- remember to only slice about two-thirds of the way into the potato. Stuff the cuts with rosemary leaves.


Cube the butter and then dot over the base of a parchment paper lined 8x8 pan and drizzle in the oil. Pop the tray into the oven for a few minutes so that the butter melts, then place the potatoes carefully into the tray.

Drizzle all the potatoes lightly with the honey, then return to the oven or another 5 minutes.

Remove from the oven and place the potatoes on a board or platter. Crumble the goat cheese over top and serve while still warm. 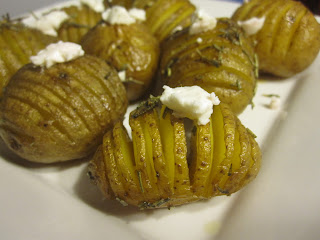 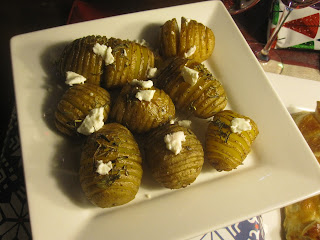