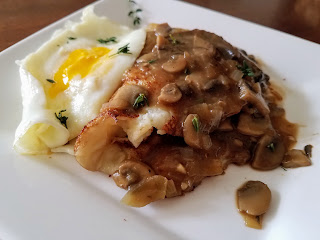 Boxty is an Irish pancake made with both grated and mashed potatoes. In Dublin, Gallagher's Boxty house serves up a variety of boxty dishes including boxty bread; boxty dumplings; and boxty fries. We loved the idea of Gallagher's repurposing boxty in ingenuitive ways, we also spent the next morning at Guinness, so when I saw this recipe on Pinterest I knew we should try it.


In place of bangers in this recipe we used big pieces of portobello mushroom in addition to the mushrooms in the gravy. Even though the boxty pancakes were really different than the boxty recipes we had at Gallagher's we both really liked it. Dave always appreciates beer in recipes and thought this had good depth of flavor. The fried egg and added white cheddar aren't necessary, but help add some additional richness. The gravy was good, but it definitely tastes like Guinness. This would probably have been good with added vegetables, maybe some sliced and sauteed bell peppers.

For the Portobellos and Guinness Gravy:

Heat a large sauce pan over medium heat and spray with cooking spray once hot. Add the portobello mushrooms, onions, and button mushrooms and saute until tender for about 6-7 minutes. Add the garlic and thyme and saute until fragrant for about 1 minute. Then sprinkle the flour evenly over the vegetable mixture and stir together, allowing to cook for 1 minute. Add the Guinness, mustard, vegan Worcestershire sauce and brown sugar and simmer for 10 minutes. At this point the gravy will reduce and thicken.

Mix the grated potatoes, mashed potatoes, flour, shredded cheese, and the milk to make thick pancake like batter. If the batter is too thick, add more milk until it reaches the correct consistency. Heat a large skillet over medium heat and spray with cooking spray, add the batter and cook until golden brown on both sides, about 4 minutes per side. If you add too much batter then the boxty pancake will not cook all the way through. 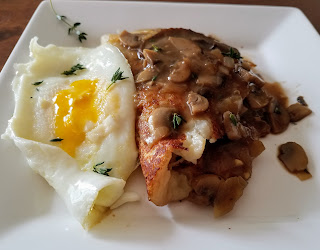 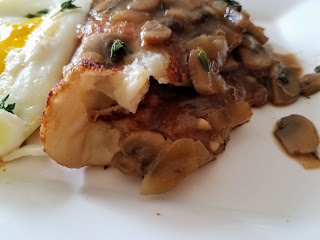 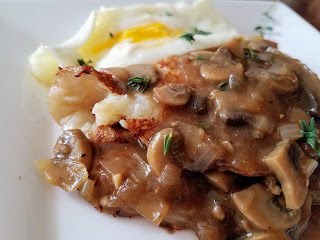 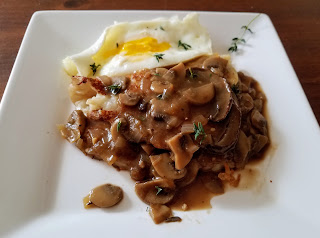 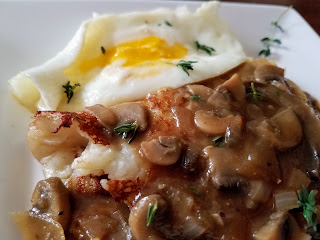