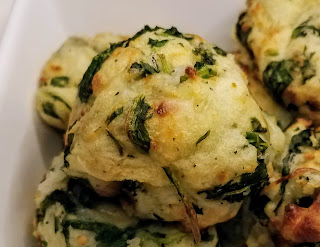 Like a large number of Americans, we received an air fryer for Christmas. We first tested it with this recipe during snow storm Harper a few weeks ago, but we have since used it to make both french fries and sweet potato fries with great success. I was iffy about having yet another appliance in my kitchen but the air fryer really is great for making lower calorie side dishes. When we made the fries we used two potatoes each time with 1/2 tablespoon of oil which is amazing considering what it takes to deep fry.

These kale + potato nuggets served as the side dish for the quiche which I'll post tomorrow. To keep things simple we cheated and used herbed instant mashed potatoes, but you could use leftover mashed potatoes or fresh homemade mashed potatoes as well. Just keep in mind that you want them to be fluffy enough to be formed into balls and not runny.

These were a great side dish! The outside was crispy and the inside was still tender. They had great flavor and went nicely with the quiche we made. We had a friend over for dinner and everyone thought they were great. 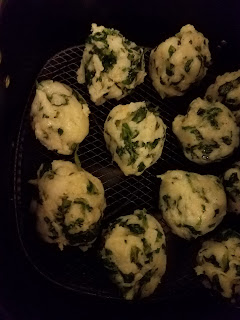 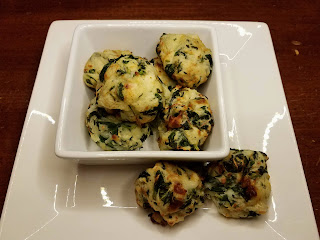 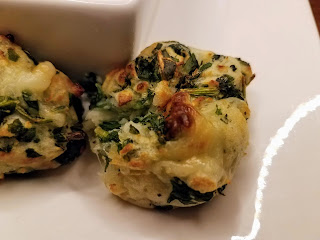