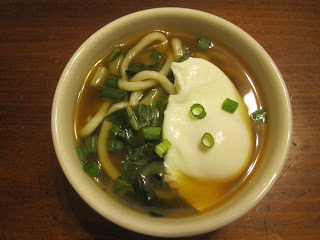 Happy Soup Wednesday! This simple soup is easy to make, but is full of complex flavors that create a nice balance between the ingredients.


Bring the vegetable broth to a simmer in a medium saucepan. Add the star anise and cinnamon and simmer for 10 minutes to infuse the broth with the spices. After 10 minutes, use a slotted spoon to remove the spices.

Off the heat, gently stir in the soy sauce and the spring onions. Taste and add more soy sauce if necessary. Divide the soup between two bowls and eat immediately. 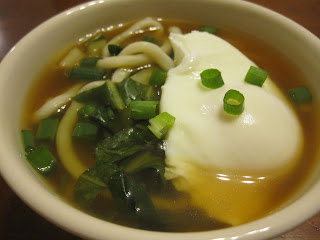 I really enjoyed the extra flavor that the star anise and cinnamon added to the broth. The bok choy is light, but the stem adds a nice crunchy element to the soup. If you'd like to poach your eggs in another small pot of water you can do that instead of doing it in the soup, but doing it in the soup helps to cut down on using extra pots and pans.