2015 is already over?!? It seems unbelievable to me. I accomplished many, many things in my personal life during 2015, but one ties into today's post.


My recipes may not always seem like the "healthiest" but I have done a wonderful job sticking to my portion sizes this year and have lost about 25 pounds. I will be continuing to find more fun vegan and vegetarian recipes during 2016.

Chocolate Turtle Cake was used to celebrate my Three Year Blogiversarry in February and was the most popular recipe in 2015 by far. The photos are courtesy of my lovely photographer friend Kayla. 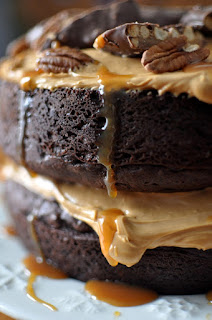 Next up was this Kale, Roasted Celery Root, Deviled Eggs, and Spiced Almonds recipe from March. There were a lot of steps needed to put this salad together, but the results ended up being so worth it. 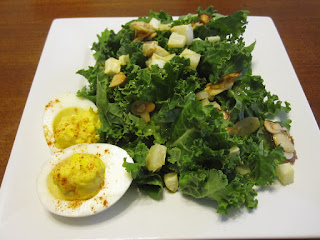 The Polenta Napoleon  being my third most popular recipe of 2015 was something that I found a little surprising. It's not that this wasn't good, but the photos were taken in my sad, dark January-lit kitchen, so it doesn't look superb. This was also at the very beginning of my 2015 health spree, so my portion is a little puny. Add more stacks for additional flavor and wow-factor. 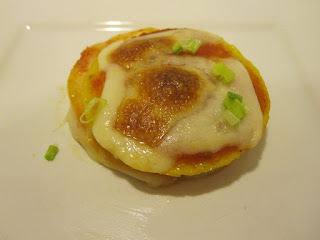 Next up was the Roasted Eggplant, Spinach, Feta and Quinoa from May. This recipe is full of flavor and very easy to put together. We made it as a light lunch prior to going hiking. 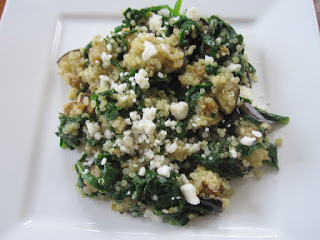 These Poppyseed Lemon Crepes with Blueberry Cream Cheese Filling were made in January and were my fifth most popular recipe in 2015. These sweet and tart crepes are good for brunch or dessert. 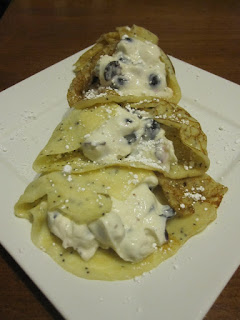 Only one grilled cheese from my 2015 April series cracked the top ten list and that was the Overnight Guest featuring pancakes, an over-easy egg, and cheddar cheese. 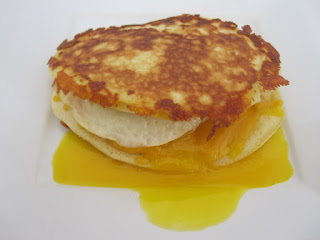 One of my personal favorites of 2015 was this Mock Tuna-Noodle Casserole from March. A flaky chickpea cake replaces the tuna for a vegetarian revamp of this classic comfort food 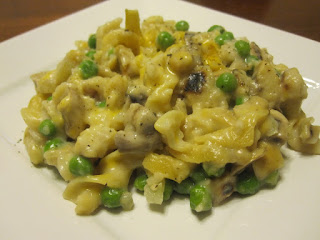 This Caprese Quinoa bake helped us enjoy tomatoes in the heart of August. It also gets bonus points for being incredibly easy to put together. 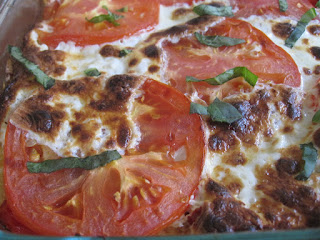 The ninth most popular recipe of 2015 was this Pumpkin Hard Cider Cheese Dip, although in previous years I wasn't a fan of pumpkin recipes or hard cider, the flavors grew on me this year. The combination in this autumn fondue that I served in November is sublime. 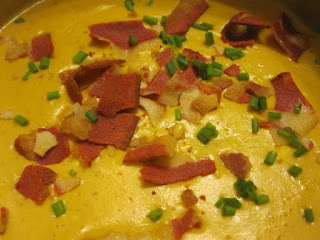 Rounding out the top 10 list is this Potato-Leek Soup with Mini Pierogis from October. I thought that this was such a good idea, one of those things that you wish you had thought of before someone else did. Adding pierogis to the soup was a genius idea and would be a fun twist for many soup recipes. 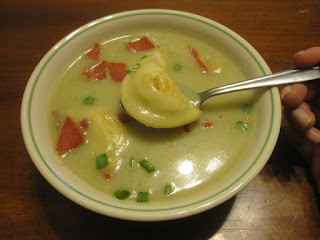 I'm looking forward to seeing where this blog goes in 2016 there are many more recipes and food ideas for me to conquer and I'll be spending most of 2016 in a new kitchen. I'm very excited for all of the possibilities. Enjoy a safe and happy New Year's Eve!