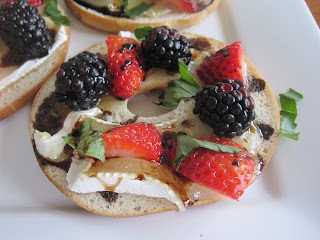 These pizza crisps aren't quite red, white and blue, but they're so cute and summery I couldn't resist including them as a 4th of July recipe. If you're feeling ambitious, you can even arrange the ingredients to form an American flag shape like in the original post.

To make the balsamic honey glaze heat the ingredients in a small saucepan until thickened.

I made these pizzas in two steps. First toast the bagel things slightly, you don't want to crisp them up two much because they're going back in the oven, but you don't want them to be totally uncooked. Once they're just starting to brown, remove them from the toaster oven and top with the brie and berries. Bake at 350 for five minutes or until the brie has started to melt.

Remove from the oven and top with basil and the balsamic honey glaze. 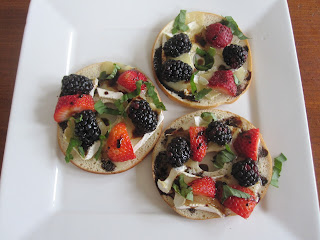 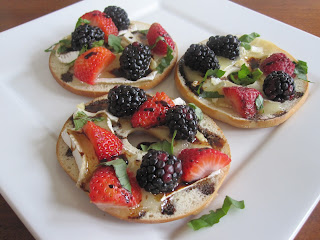 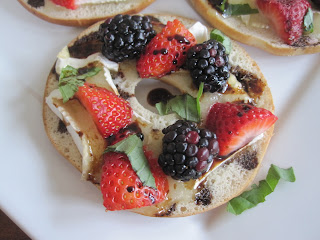 I loved this pizza crisp. Brie is a pretty light cheese, so it paired beautifully with the berries and let them shine through. Their sweetness paired well with the acidity from the honey balsamic glaze. The basil added some nice color contrast as well as a hint of bright flavor.