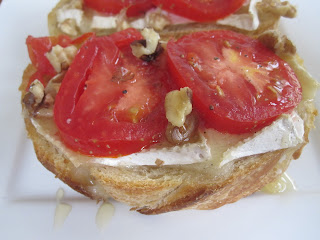 My best friend and I are both fans of the blog Half Baked Harvest and send recipe suggestions from her posts regularly. Sara sent me this recipe a few weeks ago and I thought it was a nice end of summer recipe since tomatoes are starting to ripen. Instead of picking-up heirloom tomatoes, I used tomatoes from my parents' garden.

Preheat the oven to 450 degrees. Place the bread on a baking sheet and spread a little butter onto each slice. Place in the oven and toast for 3-5 minutes.

Sprinkle the toast with walnuts and drizzle with honey. Add the sliced tomatoes and lightly drizzle with olive oil. Season with salt and pepper. 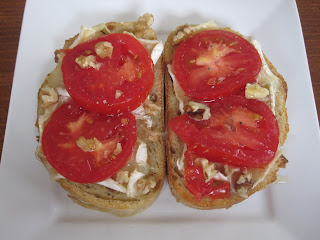 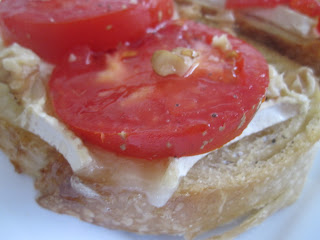 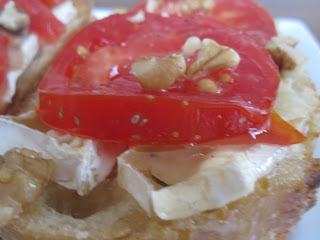 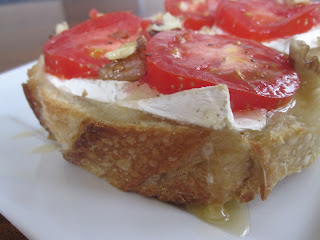 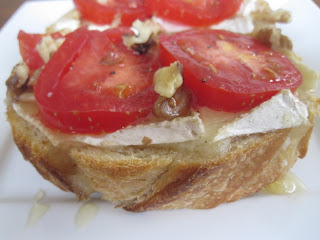 This is a very simple dinner, but it has wonderful flavor. The fresh tomatoes were incredibly juicy and full of flavor. Brie is a pretty mild cheese, but with a distinctive taste, it paired well with the honey and tomatoes. The walnuts added a nice crunch.