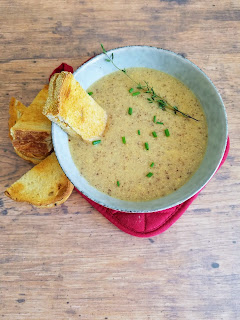 After a weekend day of apple picking, we ended up with an abundance of golden delicious apples (which would not have been my first choice of apples but it's all that we were allowed to pick on the day that we went). I certainly enjoy desserts but wanted to try more savory recipes as much as possible. When I found this soup on Pinterest I was skeptical that it was going to work but it ended up being pretty hearty with the quinoa and the addition of the apple and apple cider worked well with the other ingredients. The cheese made this pretty high calorie in addition to the grilled cheese so we made six small servings from the batch and I paired the leftovers with odds and ends as needed to make a more complete lunch. I prefer my grilled cheeses with mustard but whatever your favorite grilled cheese ingredients are will pair fine with this soup.

Spray a large pot with olive oil and add onion and apple. Cook for 8 to 10 minutes or until the apple has softened. Add the cooked quinoa, vegetable broth, apple cider, thyme, red pepper, salt, and pepper. Bring the soup to a simmer. Cook covered for 10 minutes. Add the cheese 1/4 cup at a time, stirring between additions, until the cheese is incorporated and fully melted into the soup. Serve topped with chives alongside grilled cheese of choice. 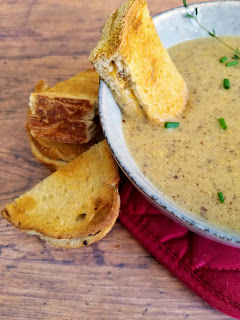 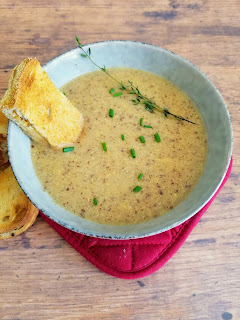 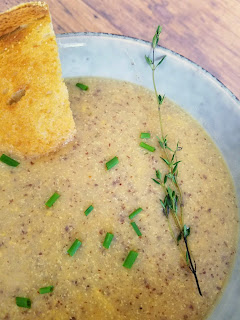 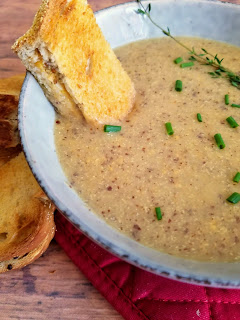