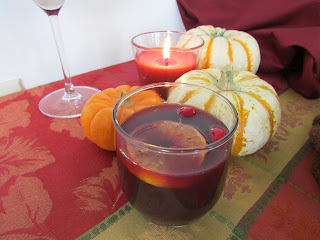 Dave and I were not dating during the 2013 holiday season, but he did express his displeasure with my choice of cocktail for last year's Thanksgiving series. He thought that mulled wine would have made a more appropriate cocktail for Thanksgiving and this year he got his wish. This is heated in the crock pot to give you additional room on the stove top. 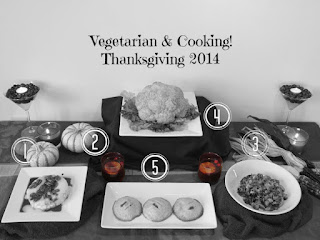 Wash the clementines well and stud with the cloves. I used the corkscrew to poke a small hole in the rind before pushing in the cloves. Add the wine, orange juice, cranberries and sugar to the slow cooker. Stir to help dissolve the sugar a little. Add the clementines and cinnamon sticks.


Cook on low for 2-3 hours. Make sure not to boil the mulled wine!! Before serving remove the cranberries, oranges and cinnamon sticks with a slotted spoon.

Stir in the brandy and set slow cooker to the "warm" setting.

For serving: Add some clementine slices, berries and cinnamon sticks for garnish. 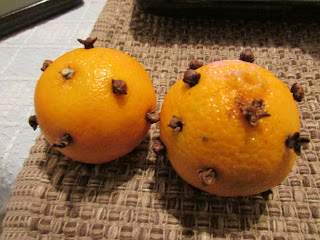 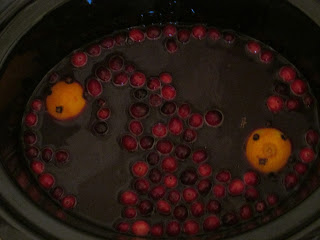 This was incredibly tasty. It was smooth and the kind of drink that will sneak up on you. Dave and I drink a lot of wine, but I'm not too big of a fan of red wine. This was fantastic though. It was like a mulled wine sangria. Not too sweet or too spicy, but it had a nice complexity of flavor. It was nice to prepare this in the slow cooker, because we were able to prepare the rest of the meal and not worry about this on the stove.