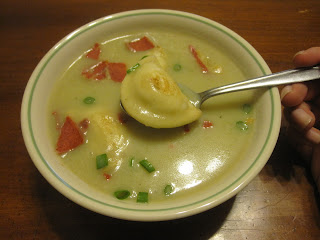 I first saw this recipe and Food Network magazine and thought the idea of adding mini pierogis to potato soup was such a genius idea.

-12 frozen mini pierogi (half of a 1-pound package)
-Chopped scallions, for serving

Add 3 cups water, the vegetable broth and bay leaf. Bring to a boil, then reduce the heat to maintain a simmer. Cook until the potatoes are very tender, 15 minutes. Discard the bay leaf. Use an immersion blender to blend the mixture until smooth. Once blended, stir in the milk; season with salt and pepper. Keep warm over low heat.

Meanwhile, cook the soy bacon in a nonstick skillet until crisp. You can also cook the mini pierogi in another skillet at the same time, cooking until golden brown on both sides and warmed through. Top each serving of soup with pierogi, soy bacon and scallions. 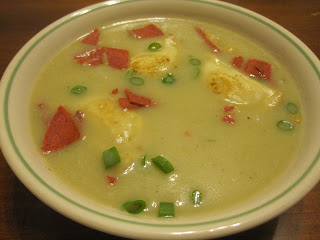 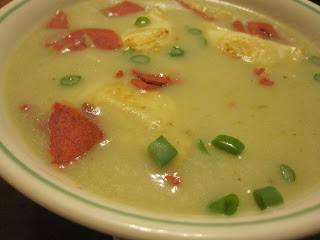 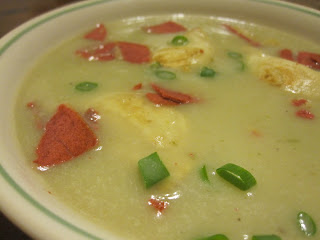 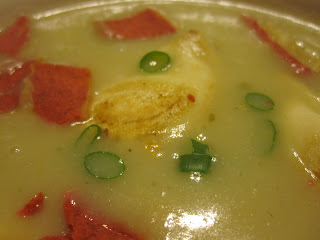 This soup needs a lot of salt! I added so much salt to this and it still needed more. Overall, the soup had nice flavor, but the star of the show was the mini pierogis. This is just a nice and fun idea for fall. I enjoy adding vegan bacon to things (Dave doesn't) you can leave it out or just use whatever bacon you typically use.