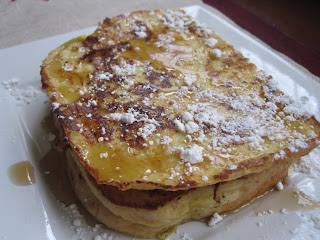 Around the holidays, maybe there's an eggnog somebody thought they wanted but then other people weren't really sure if they liked it or not. But you want to use, but what's in it anyway? Here's a recipe for an eggnog french toast that makes a good holiday twist of a traditional drink and a classic breakfast.

Combine and mix thoroughly the egg, eggnog, brandy, and nutmeg.

Coat the bread in eggnog mixture and cook in a frying pan.

Pay attention to how the bread looks and feels, taking care not to burn it but making sure that the french toast is firm throughout, more time than typical french toast.

Serve with syrup and confectioner's sugar. 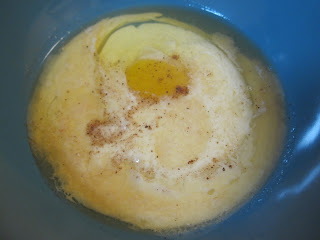 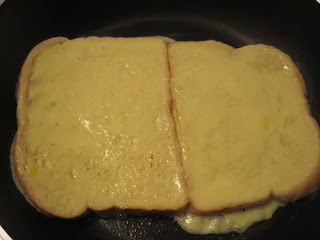 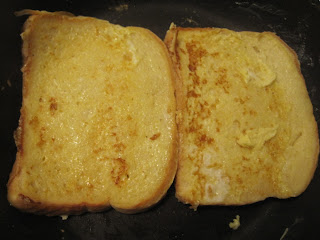 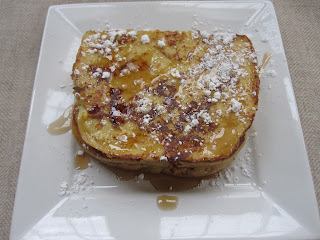 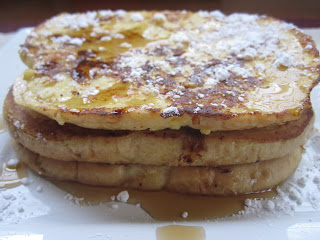 Since my eggnog already contained corn syrup and sugar, I chose not to add any additional. Served with syrup it was plenty sweet. The eggnog mixture made for a denser french toast, I was wary of using too much egg but I might increase the egg to eggnog ratio in the future.