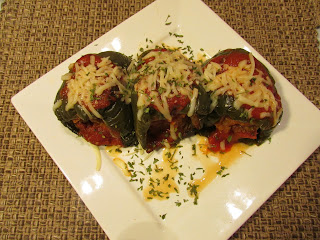 This recipe was created based on some of the ingredients we had around our apartment. Both the spaghetti squash and green peppers came out of the freezer, they were from my parent's garden this summer. The green onions and roasted red peppers were leftover from another recipe. 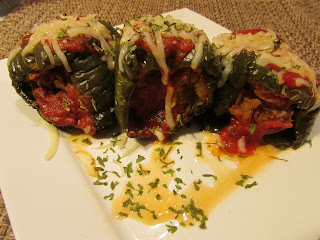 Serve with additional pasta sauce and mozzarella cheese if desired. Dave said he had never really had stuffed peppers before and wasn't a fan of the green peppers, but liked the filing. I thought overall this was good, especially for something that was a recipe based on throwing some stuff together.