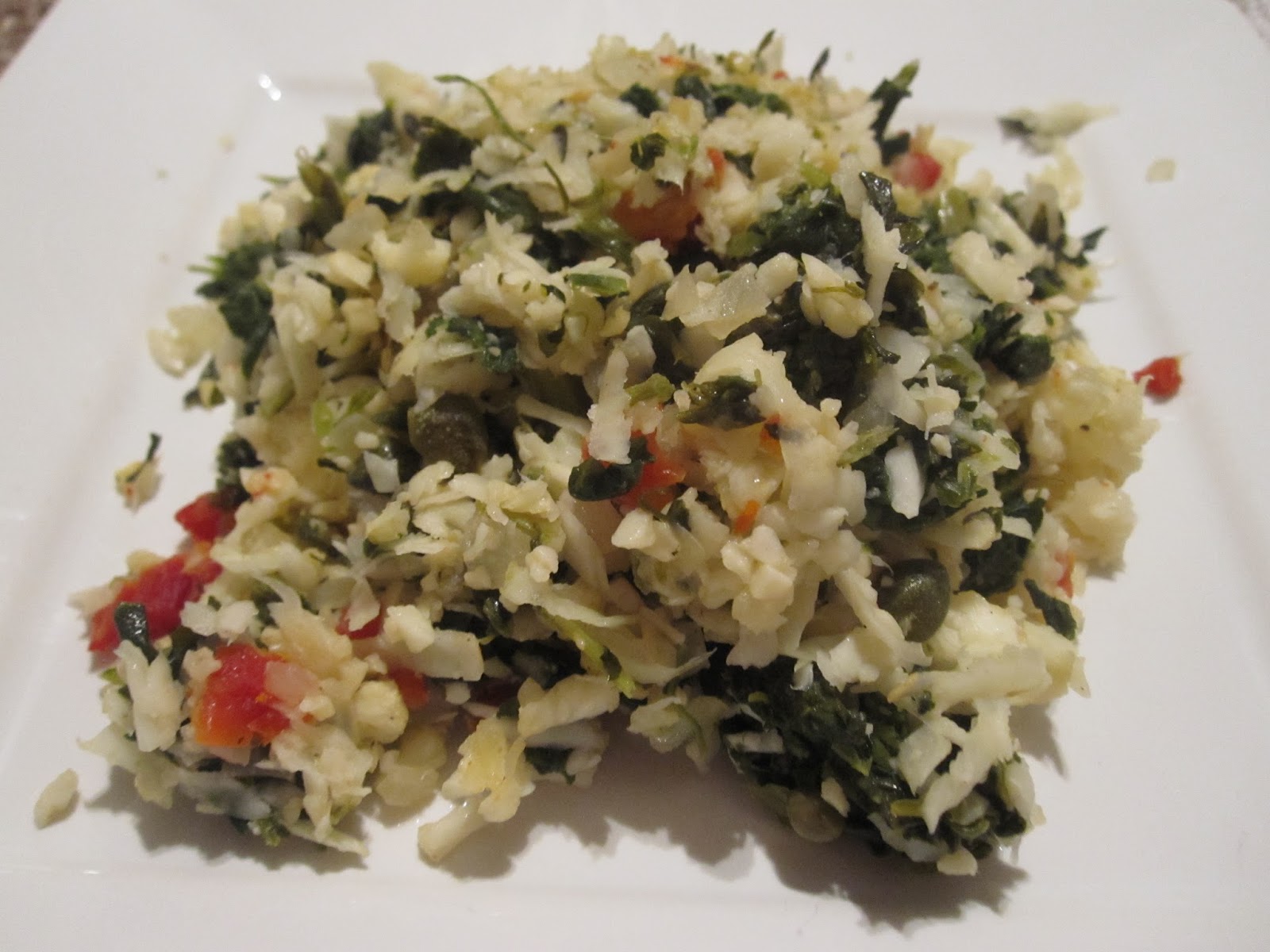 One of our very good friends has embarked on a low-carb diet following a recommendation from her physician. I never realized how many carbs every contains, even healthy ingredients such as apples contain her entire day's worth of carbs.

When her and her boyfriend came over for dinner recently, I was a little unsure of what to make. However, this cauilflower risotto recipe turned out to be the perfect solution. It's pretty low-carb and evokes the sense that you're eating actual rice which has been off limits to her for a while.

This is another vegan recipe! I know it seems like I'm going down the path to veganism since this is my third recipe in a row which is vegan. However -- I would like you to know that I still really love cheese and milk -- but they are so high calorie!! With this more health conscious journey Dave and I started with the new year, getting dairy into my recipes was one of the first things to go. It will make a come back soon.


Adapted from Fork and Beans.


In a large skillet, heat the olive oil on medium heat until warmed. Add the onion, garlic, and thyme and saute for 2-3 minutes or until fragrant and translucent.
Next add the grated cauliflower, sun-dried tomatoes, and spinach. Add in the vegetable broth and stir constantly until the broth is well incorporated (you do not want this dish to be runny).

Prior to serving add the capers and season with salt and pepper. 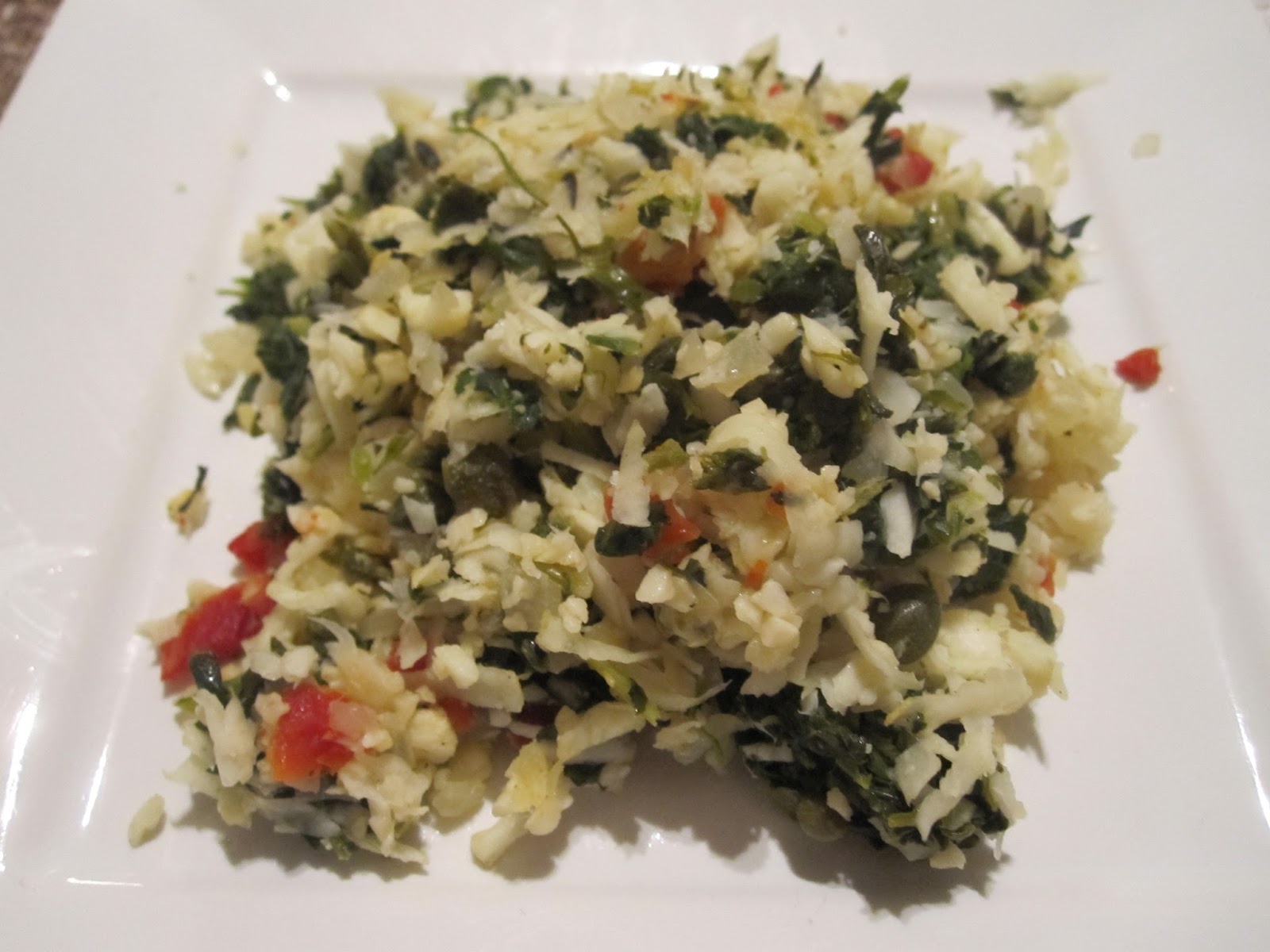 I was honestly skeptical about this recipe because I am a lover of all things carbs. However, after my first bite, if I hadn't known better, someone could have told me that this was rice and I would have believed them. The onions and garlic helped to flavor the rice, the spinach added a nice color contrast while the capers and sun-dried tomatoes added a salty element. This is something I will be making again.