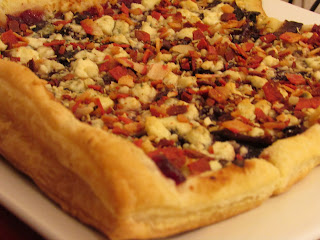 It's the last Pizza Wednesday! I had a lot of fun during this series and will likely continue it next fall, usually I try to tie in the last recipe of the series with the next series, but pizza + soup is a little difficult to make that transition with. Enjoy this Thanksgiving pizza as the last pizza of the series.

Recipe from Baker by Nature. 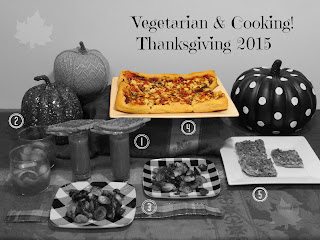 Make sure to thaw the puffed pastry at room temperature for at least 30 minutes.

Bake at 425 for 15 minutes. Once the pizzas are finished cooking, remove from the oven and sprinkle with a little rosemary. 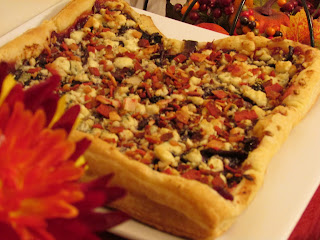 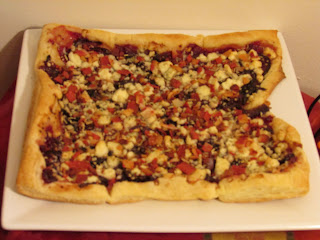 This pizza was awesome. Using the cranberry sauce for the base was a wonderful idea and it was just sweet enough to combat the strong flavors of the gorgonzola and red onion. The vegan bacon added a nice little crunch and the rosemary helped to tie everything together.