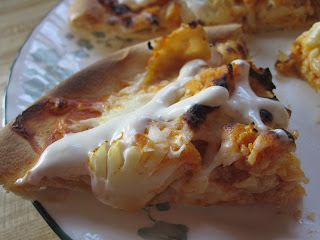 This recipe for Buffalo "Wing" Style Cauliflower inspired this idea.


This recipe was delicious, the perfect way to eat buffalo cauliflower. This is also a great alternative to buffalo chicken pizza according to CalorieKing.com a cup of cauliflower will be around 27 calories compared to a cup of chicken without the skin which would be around 231 calories. Now I know that ranch and crust and buffalo sauce aren't fantastic for a person either, but the difference between 27 calories and 231 calories is staggering!

If you're craving buffalo chicken pizza I suggest trying this recipe out. 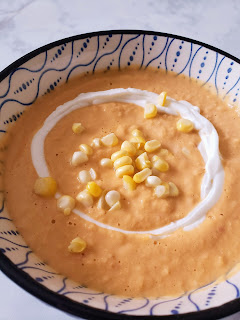