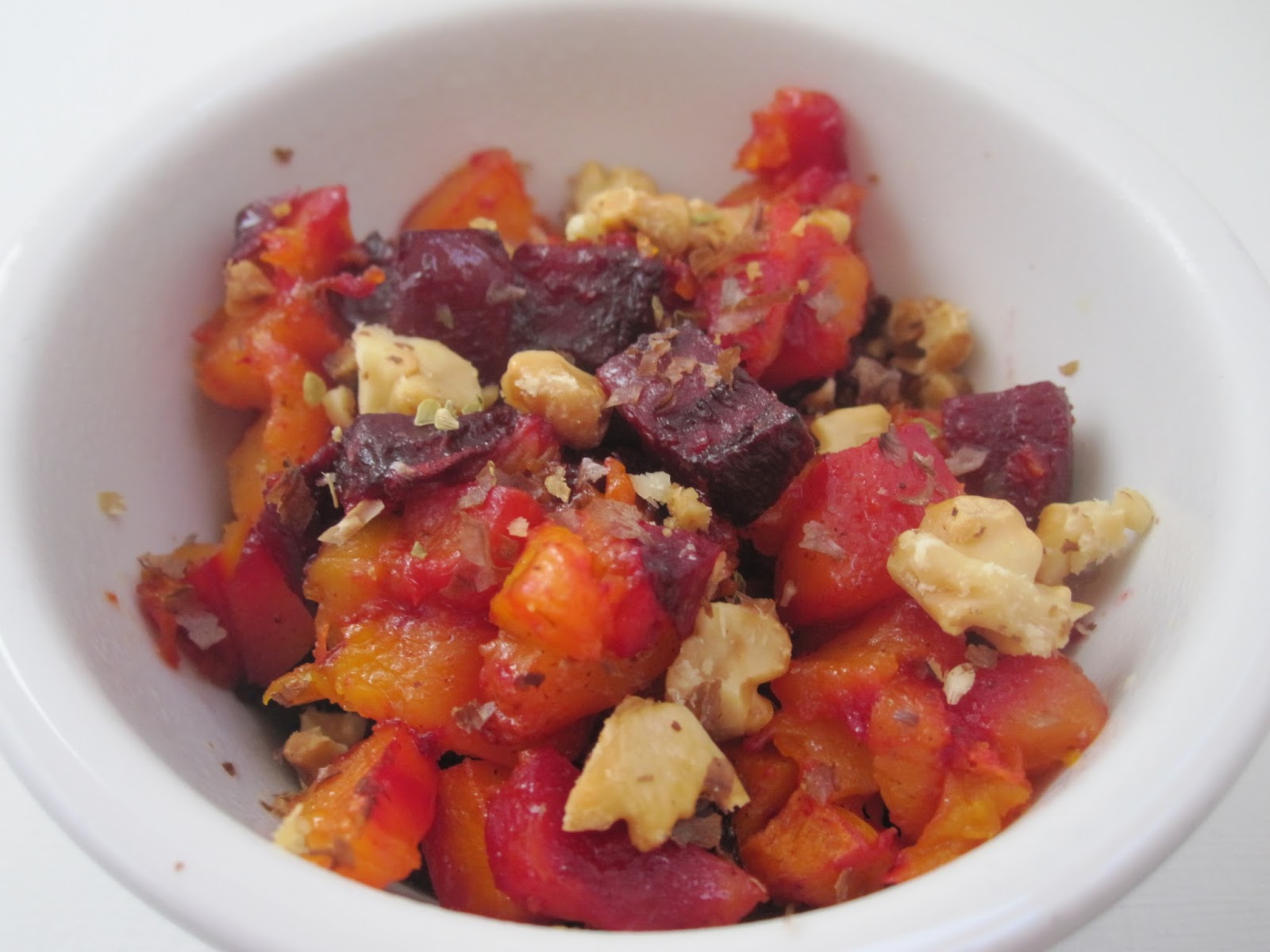 This sudden deep freeze has me missing the bearable temperatures of fall. This side dish has a beautiful color contrasts and flavorings which evoke the taste of autumn cuisine.


Recipe from the Roasted Root.

To make: Peel and chop the butternut squash and the beet into ½” cubes.


Place them in a mixing bowl. Then add oil, salt, cinnamon, and maple syrup. Toss to make sure the veggies are evenly coated.
Spread out on a large baking sheet in a single layer. And roast  the vegetables for 40 to 50 minutes at 400 degrees, stirring once half-way through roasting.

Once they're finished, remove and serve with the oregano and toasted walnuts. 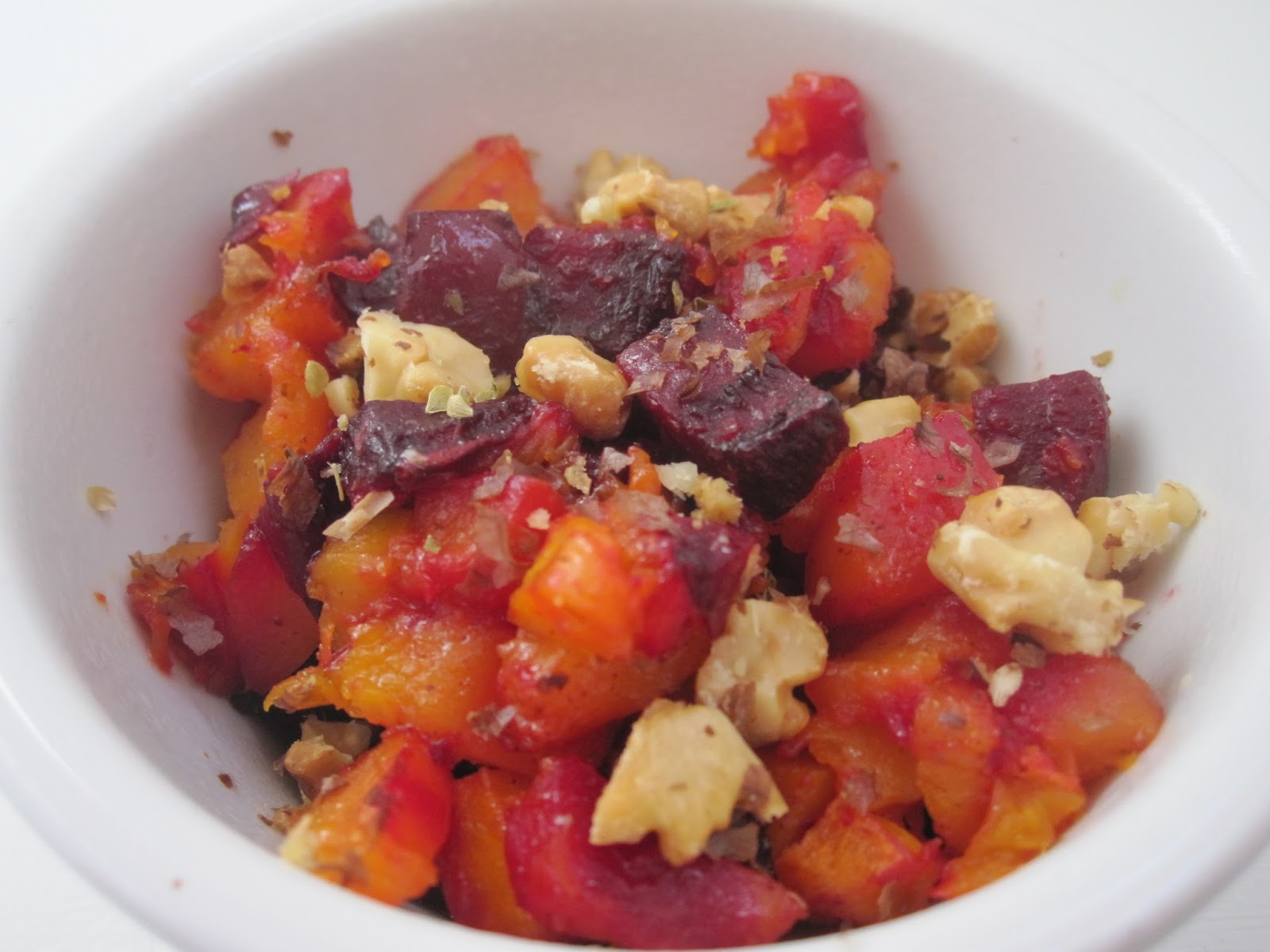 The maple syrup added a subtle sweetness to this, which played well off of the cinnamon. The walnuts added a nice textural contrast. The beets and butternut squash were able to shine through beautifully and add a nice jewel-toned color contrast.