Sex in a Pan 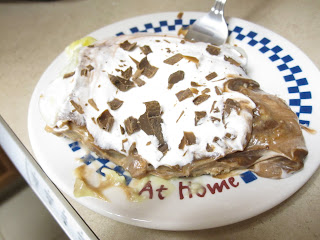 I would be lying if I told you that the name of this dessert wasn't what immediately caught my eye. Sex in a Pan? I found this recipe on Pinterest linked to a blog called JoCooks and after a glance at the ingredient list I decided that I had to at least attempt this dessert to see if it was really as good at the name claimed. 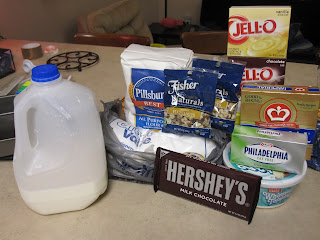 Preheat the oven to 350 degrees.


Meanwhile mix the chocolate and vanilla pudding according to package directions and put in the refrigerator. Also, mix the ingredients for the cream cheese layer and put aside until the crust in finished.

Once the crust has baked, build the layers.


This dessert was so good!!! It got a thumbs up from my boyfriend and his roommates. All of the flavors go perfectly together and the hazelnut crust adds a nice salty compliment to all of the sweet.