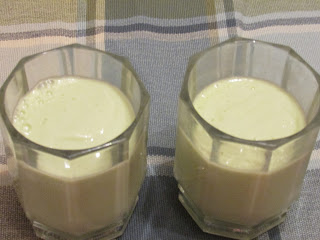 This recipe sounded like an interesting concept, but I didn't really think it turned out as good as it sounded. I don't have cold soup much, so it might be that I am not used to having soup this way.

This recipe is from Martha Stewart.

Mix all the ingredients in a blender. Let it sit in the refrigerator for at least half an hour. 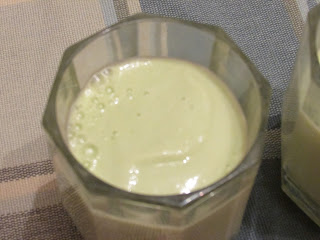 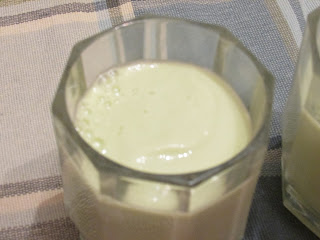 I thought the consistency on this was a little odd, it was almost like whipped cream. We blended it a lot, and that may have had to do with it. It did taste a lot like it sounded it would though, there was a pretty even mix of cucumber and avocado flavor.