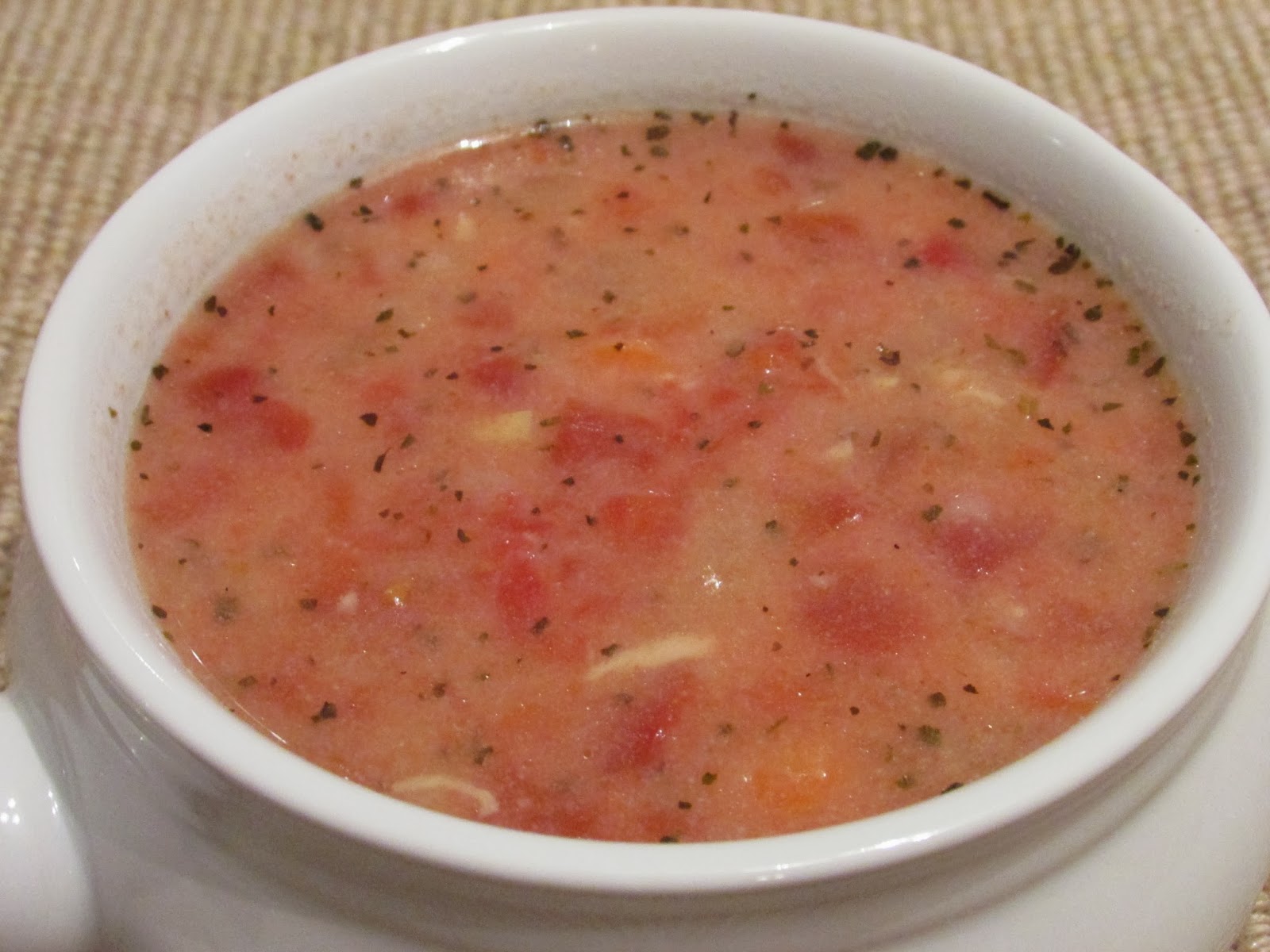 Happy Soup Wednesday!! There are only two more left before we move on to something cool at the end of February, we'll keep you posted.

1.) In a small slow cooker combine the tomatoes, carrots, onion, oregano, basil, vegetable broth and bay leaf. Cook on low for 5-7 hours.
2.) 45 minutes before serving, remove the bay leaf and discard. Then melt the butter in a small saucepan, stir in the flour whisking continuously until the mixture is golden and bubbly. It may appear crumbly, that's fine!
3.) Slowly ladle into the saucepan a ladleful of the hot soup from the slow cooker. Whisk until smooth and bubbly. Do that two more times. Pour the mixture back into the slow cooker.
4.) Add the Parmesan, warm milk, salt and pepper. Cook for an additional 30 minutes on low.

The basil flavor in this was pretty strong, if I made this again I would add about half of the basil. Overall I thought that this was really good, I split it with my brother who also enjoyed it. The one bowl of leftover soup that I had thickened up a lot in the fridge, but it reheated back to soup pretty well without needing additional broth added. You'll just need to microwave it for a good amount of time, I did it for about one and a half minutes.