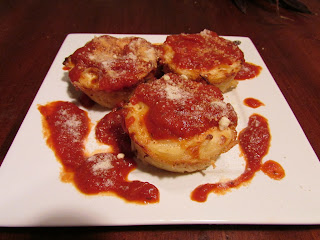 Delicious baked spaghetti cupcakes, firm on the outside, delightfully cheesy and creamy on the inside.

Adapted from The Gunny Sack.

-Boiled spaghetti, use only as much as you plan to eat, I like to hold the spaghetti in my fist and try to guess what it would look like cooked
-Alfredo sauce (recipe below, enough for four spaghetti cupcakes)

-Shredded mozzarella cheese, enough to cover the top of each cupcake
-Tomato sauce

Boil the spaghetti, I used enough for only three spaghetti cupcakes, but that turned out to be all Alecia and I needed for dinner anyway. They don't have to be cupcake tins, they just want to be uniform cooking vessels, ramekins, whatever.

Make or open alfredo sauce, and mix with cooked spaghetti. Spray cupcake tins with cooking spray. Fill the tins with soaked spaghetti, go ahead and pour extra sauce over the spaghetti until it's almost full, but stuff it good. Sprinkle shredded cheese all on top for a nice, golden crust. 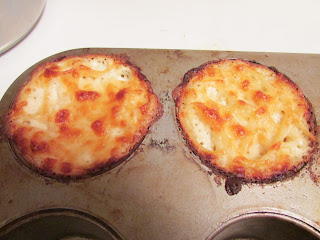 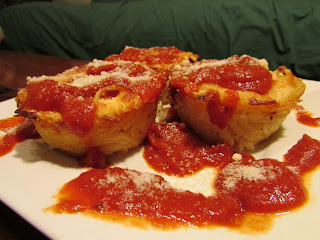 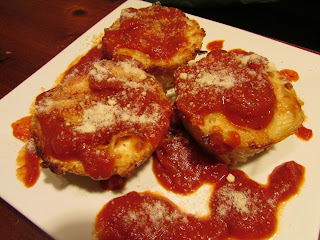 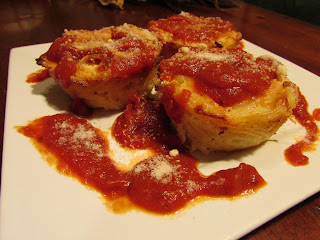 And douse them all in tomato sauce and Parmesan cheese. These were rather tasty, deceptively filling. Good dinner, probably would have been easy, portable leftovers if I had chosen to make more.