Last weekend Dave and I headed to Pittsburgh to spend some time with my youngest brother who is attending college near there. We were there for four meals and tried to go to restaurants that we heard good recommendations about from friends and some which were rated highly in a local magazine.

Our first night in town we stopped at the Primanti Bros. A chain in Pittsburgh which serves a wide variety of sandwiches with fries and slaw on top. 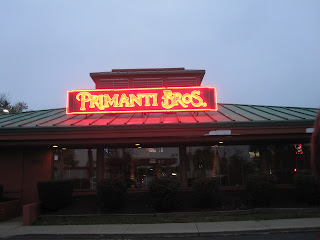 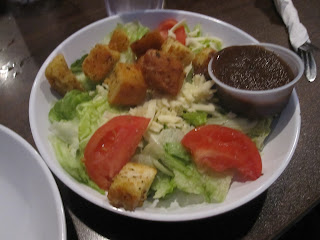 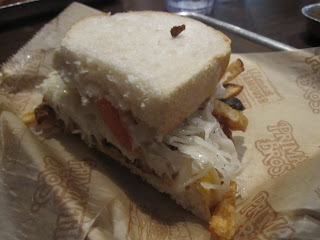 Dave and I weren't too hungry so we split this side salad. The homemade croutons were great. We also split the three cheese sandwich which included slaw, fries and tomatoes.

This would have been a little too filling for me to eat on my own, but splitting the salad and sandwich made for a perfect meal for the two of us.

The next morning we were in downtown Pittsburgh and walked over to a location of Pamela's. This restaurant was highly recommended by several Facebook friends. 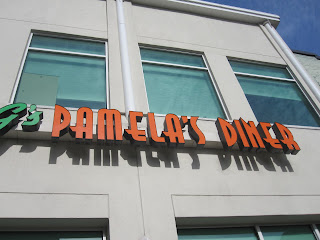 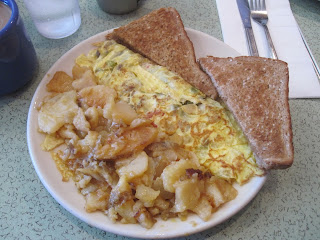 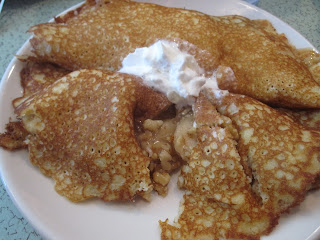 I enjoyed a veggie omelette with wheat toast and their famous Lyonnaise potatoes. Dave had an order of caramel apple pancakes which was the special of the day.

Both meals were really good, the perfect meal would have been a side of the potatoes with the caramel apple pancakes. I enjoy sweet stuff for breakfast, but the pancakes weren't overly sweet. The potatoes were well seasoned and flavored with green onions. 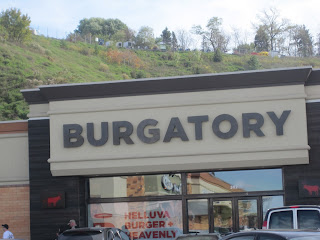 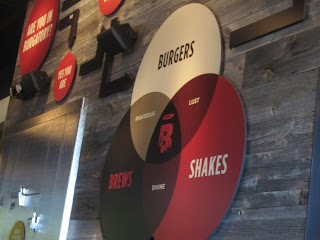 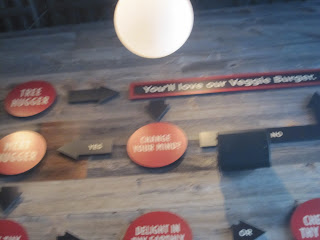 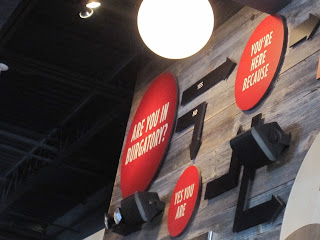 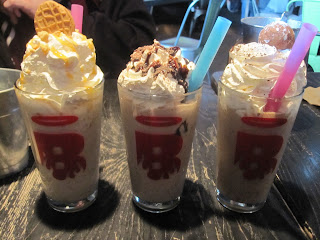 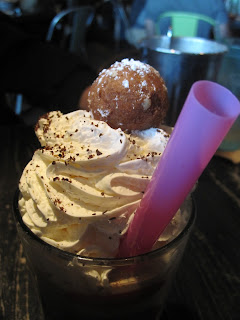 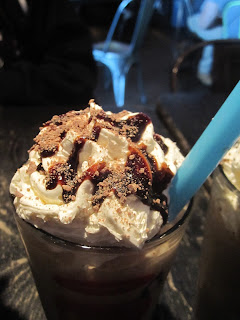 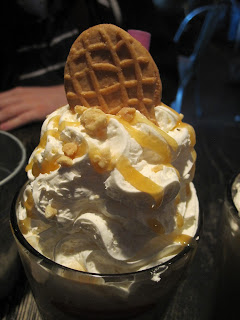 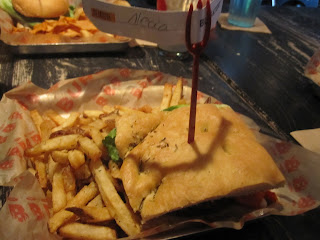 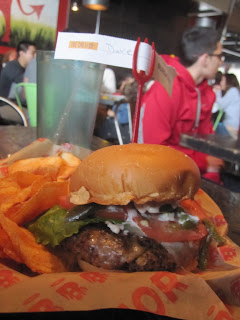 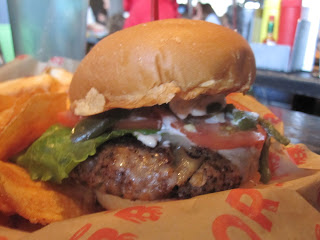 One of the highlights of Burgatory was their decadent milkshakes. Dave and I both enjoyed a build your own veggie burger. Mine had: a black pepper rub, roasted garlic mayo, focaccia bread, gouda, red onion, lettuce and tomato.

That evening Dave and I headed back to Pittsburgh for date night. 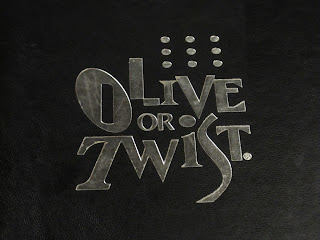 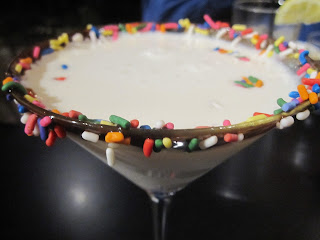 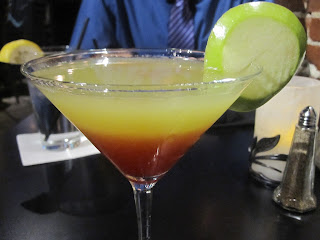 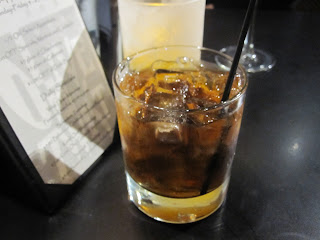 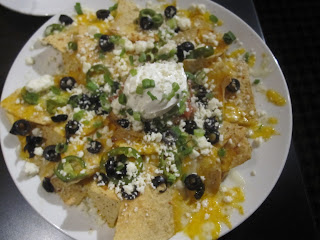 I had a caramel apple martini, sometimes apple martinis are either too sweet or too sour, but this one had a nice balance.  Dave had a Maple Old Fashioned which is made with Maple Crown Royal. I think I liked this drink better than both of mine and I don't even like whiskey. This had an incredibly smooth taste and the right amount of sweetness.

We split a plate of nachos. Dave was concerned about that fact that sometimes restaurant nachos are a let down, these however had a good mix of ingredients and good flavor.

It's difficult for me to determine what my favorite item was, I think my favorite restaurant was Burgatory. However, Olive or Twist was a great place for date night and was a close second. Dave thought the Primanti Brother's was best because half a sandwich and half a salad made for a good meal at a nice price.