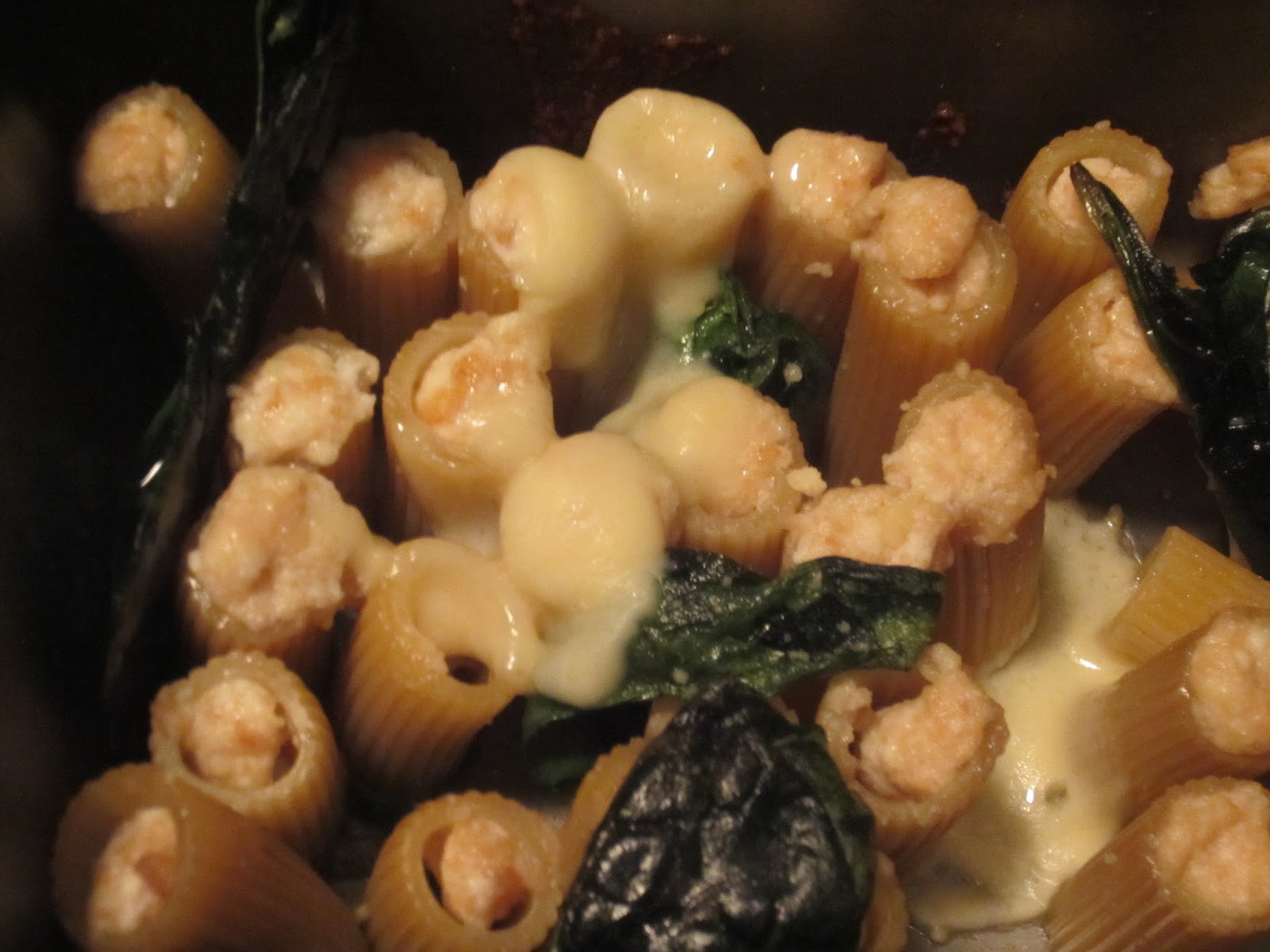 We made a lot of things during the blog, and a few bad ones, so it is great to be able to try to do them better the second time. I always hope that each time I make something I learn something and am able to make better recipes in the future. The original of this I wouldn't say was terrible, it still tasted good, but it was a failure because it didn't turn out how I thought it would. We couldn't get the rigatoni to stand up and stuff the way we wanted, so we just ate it as a bake. I used spinach this time instead of kale, I didn't cook the rigatoni as long, so they would stand up, and I put the spinach on top of the pasta rather than try to put it right in the filling.

I cooked the rigatoni about halfway, then stood it up in a small pan.

I mixed the bechemel with the ricotta, and put it in a ziploc bag to pipe it into the rigatoni, and stood them back up.

This turned out more like I was expecting than it did the first time. The biggest difference was that I didn't try to pipe in the greens as well, which I don't think can work. The rigatoni was cooked as much as I usually would like it, but it was ok. This didn't turn out bad, but I think it was more work than it was worth for the taste and presentation.