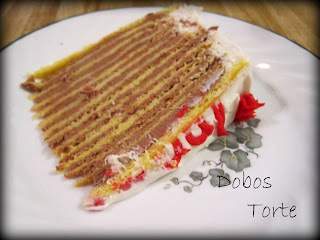 Being the oldest of three siblings is advantageous for a huge reason in my house. Since I'm the first born I always get the first birthday cake. I never actually choose a birthday cake though, I always go for the Dobos Torte.


Dobos Torte is a dessert which originated in Hungary and is named after it's creator. Made of layers of sponge cake and chocolate buttercream, the dessert traditionally has seven layers, but you can make as many as you'd like. This recipe comes all the way from Hungary from my great-grandmother (my father's paternal grandmother), it was passed down to my grandma who then passed it down to us. I never had the honor of learning how to make this cake from my grandma (she always joked that it took eight hours), but I'm slowly learning how to make it since she passed away in 2009.

I'm finally getting over a horrible cold that I've had since last week, so I didn't actually make my birthday cake this year, my dad did, but he gave me permission to blog the process and the recipe. Since I wasn't actually cooking it gave me a chance to take lots of pictures. This recipe takes several hours (this one took four and a half), but don't let that time fool you, it doesn't take too much work, there's a lot of down time between making layers.

Anyone who has ever gotten a recipe from a grandma or great-grandma knows that it's not so much a recipe, but a list of ingredients with a little bit of guidance...so bear with me. However, in generally I don't think this recipe is too difficult to follow.

Separate the egg whites from the yolks. In a separate bowl mix together the dry ingredients.

Beat the egg yolks, then slowly add in the dry ingredients one tablespoon at a time until the ingredients are combined.

In a different bowl (make sure it's a clean bowl or the egg whites won't set!), beat the egg whites until thick and glossy. Gently fold the eggs whites into the other batter.

Bake the layers on the back of a  greased cake pan in the oven at 350 degrees for 10 minutes each. Yes, the back of the cake pan. Spread the batter until it almost reaches the edges because the cake will spread a little as it bakes. 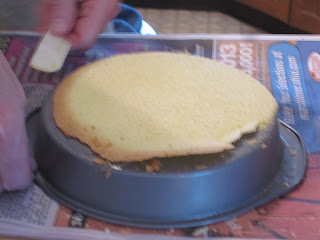 While the layers are baking assemble the filling, melt the chocolate using a double boil until smooth, using a mixer beat in the eggs and butter. The filling should be thick, it will be spread on the layers later. 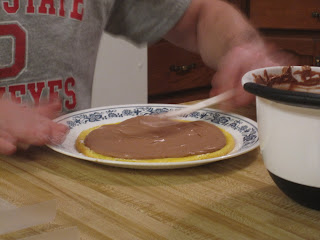 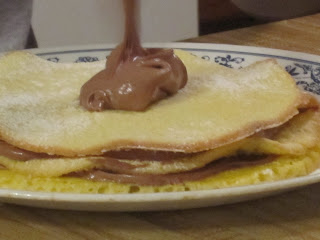 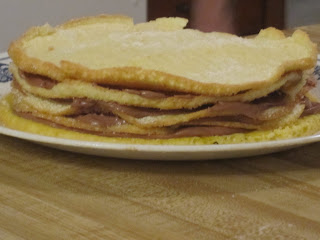 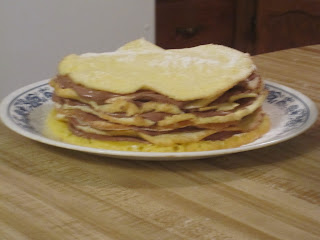 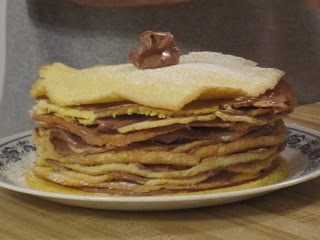 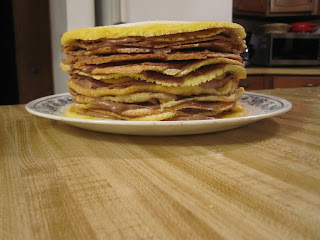 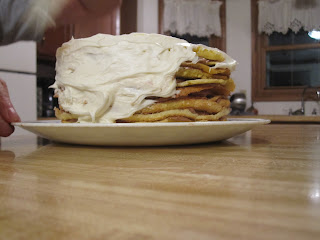 I know that it looks like a lot of work, but this dessert is truly divine. I encourage you to try this recipe out because it's really not as difficult to make as other cakes, once everything is baked assembly is a breeze because it's really just a stacking of layers.Personally, I usually don't eat the frosting because I think that makes it a little too sweet, but you can choose to do whatever you like. The mixture of the sponge cake and chocolate is amazing and the presentation of all of those stacked layers looks great for any party.