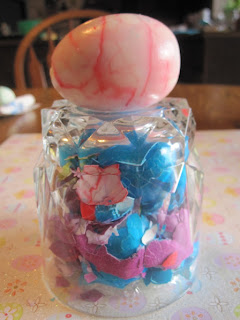 This is the third in a series of Easter blogs. Our earlier blogs are Peep S'mores and Egg Nest Cupcakes. This is something I've seen a lot on Pinterest lately, and they looked really good so we wanted to try them. Ours did not really turn out as well as the pictures on Pinterest look at all. They weren't really messed up, you could still eat them like regular hard boiled eggs, but they just didn't come out with much color. A few were ok, and the inside of the shell had a really cool effect, but it just didn't really come through on the egg.

In each cup
-10 drops food coloring 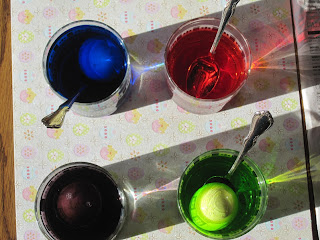 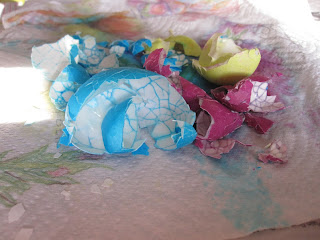 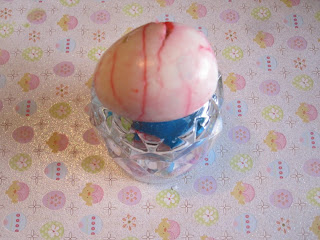 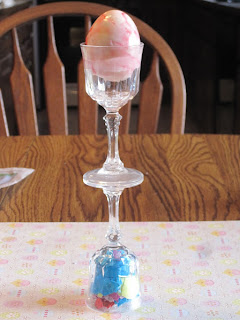 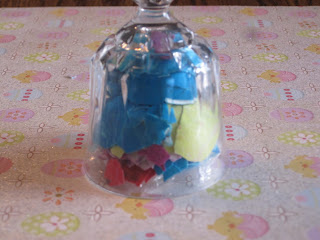 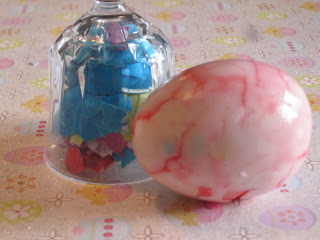 In some of the pictures on Pinterest, it looks like only vinegar and food coloring is used. That might turn out better to get some of the color to go through the shell to the egg. The pictures of the shell turned out pretty good though, and the color on the eggs did not affect the taste.