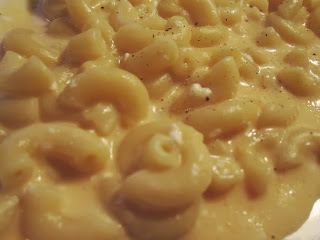 I've seen a lot of recipes with truffle oil, but I've never made anything with it, and I don't think I've ever eaten anything with it. I bought some to try, and this was our first recipe using it. I'll probably be trying a few more things with it in the future.

This recipe comes from double truffle.

We doubled the original recipe, so this made about 6 servings.

This stage took a long time for our cheese mixture to thicken, and it never really got as thick as I thought it should. 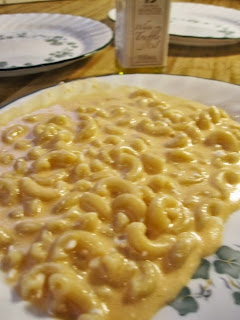 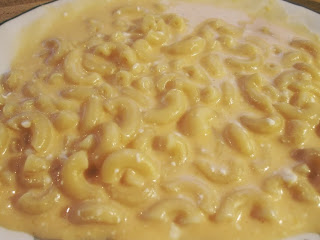 This recipe wasn't as good as I had hoped, but I think it was just because we used too much truffle oil. The flavor was pretty good, but just strong. I think using cream cheese was a good idea for this macaroni and cheese. I'll probably try this again sometimes, but try to cook the sauce on a higher heat to make it thicker and use less truffle oil.