I've seen carved watermelon a few times on Pinterest, and I've seen them do carving competitions on the food network, but I really thought it was something too difficult for me to actually do. This basket though looked on the easier side, so I tried it. It really turned out much better than I had expected, and wasn't as much work as I thought it would be.

I saw this in a few places, but the best instructions I found and used as a guide was from kcparent.

There aren't really ingredients for this one, just use a large ripe watermelon and whatever other fruit you want to make your fruit salad.

This was actually the hardest part for me, I was a little worried when I started, but it got much easier. It was a little awkward to cut sideways through the rind, but you just need enough so it will stand up. 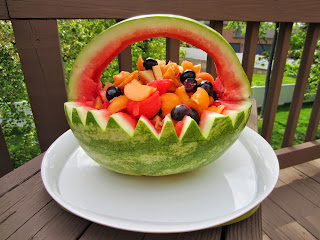 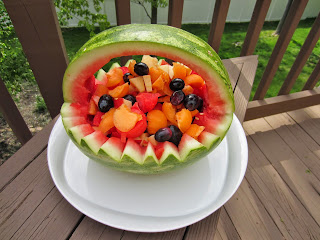 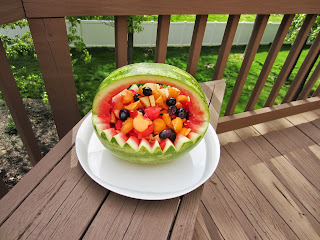 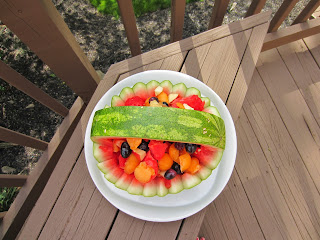 This one really was worth the work. It looked pretty impressive, and wasn't as difficult as I thought. I really doubted my ability to carve a watermelon, but it was easier than I thought.