Casseroles make for really great dinners for us, because they're usually pretty easy to prepare and there are lots of leftovers. I already had most of the ingredients for this casserole and the recipe had been pinned to one of my Pinterest boards for a while so I decided to make it. I served mine with sour cream, you could also add some guacamole if you desired.

Recipe from Pinch of Yum. 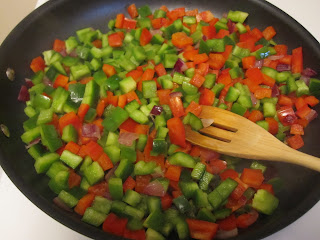 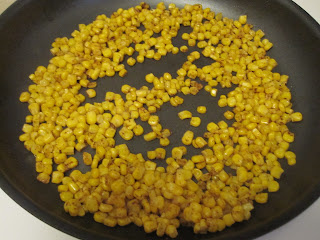 Next add a little bit of oil to the same skillet and add the corn. Sprinkle with 1 teaspoon of chili powder and 1 teaspoon of cumin. Roast until the corn kernels are starting to brown. 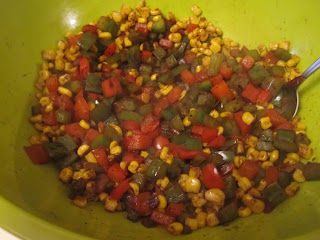 Pour into the bowl with the peppers. 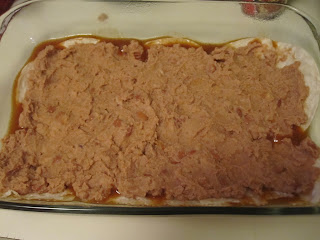 To build the casserole, spread some of the enchilada sauce into the bottom of a 9x13 pan. Top with tortillas. Then spread all of the refried beans on top of the tortillas (if you add a little water to them it makes them easier to spread). 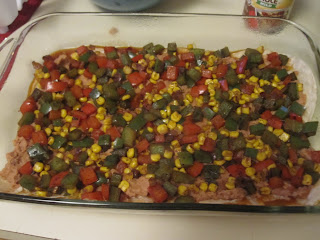 Add half of the veggies. 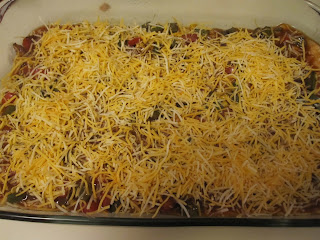 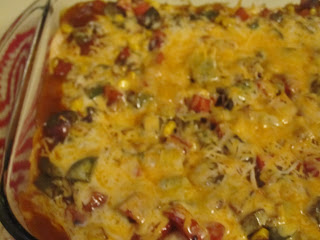 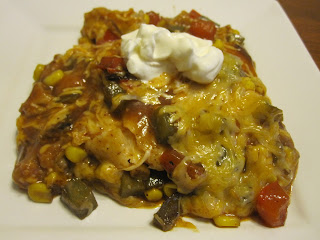 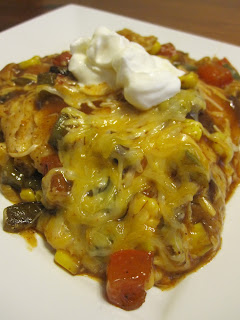 Roasting the peppers, onion and corn with the cumin and chili powder really helped to add an extra depth of flavor to this casserole. I added one jalapeno for a little bit of additional heat, you could leave that out if you don't like spicy food. This casserole made twelve servings and was pretty low calorie even with the sour cream on top. Overall, I considered this recipe to be a big success.