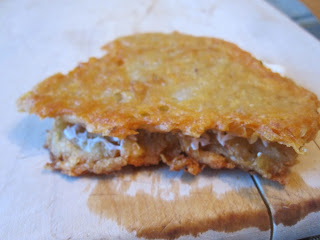 It's the last Sandwich Wednesday, check back next week for the beginning of Soup Wednesday. I think out of all our Wednesday series, soup might be our favorite (if not, it's a close second to grilling). There are so many recipes for soup and in Ohio soup is something delicious to help get you through the cold.

Happy Hanukkah!! I chose to put together this sandwich as a nod to the Jewish holiday. The crunchy lakes paired perfectly with the cream cheese and chives. It's a little twist on the classic.

The latkes recipe is adapted from Food Network.

Grate the potatoes and wring out in a clean towel to release extra moisture. Mix the flour, baking powder, salt, and egg. Fry 1/4 cup of the potato mixture at a time, make sure to press each latke down to flatten it, and drain the finished latkes on a paper towel.

Smear a latke with cream cheese, top with chives, and then top with another latke. 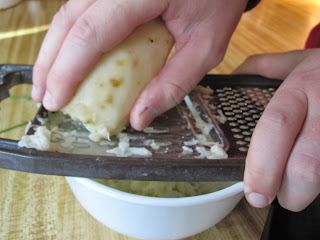 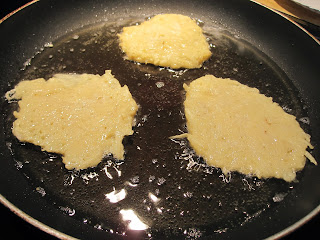 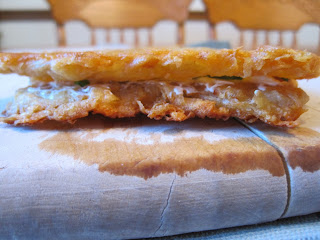 This latkes recipe was delicious. The latkes were perfectly seasoned with salt and fried to a nice crisp texture. The cream cheese added a coolness to the latkes and the chives added a slight oniony bite. This is a pairing I will be using again, both in sandwich form and open faced.