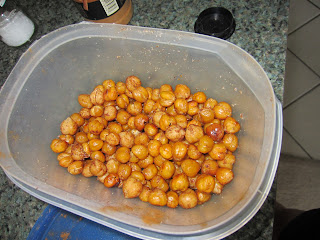 I've never had anything like this before, but I saw this on Pinterest and decided to try it from this recipe. 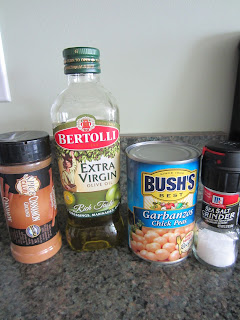 I decided these were pretty salty, so I added some sugar too. I've never ate chickpeas on their own, it was pretty good as a snack though. They didn't turn out to be as crunchy as I thought they would be, but the outsides were a little crisp.